Exciting news. This summer researchers at ISIS Pharmaceuticals were able to treat and Cure DM1 in a mouse model (A mouse model is a mouse that has been genetically altered to have the symptoms of DM1) This is really exciting news. The treatment seemed 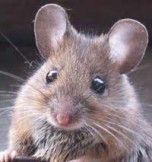 to work well and was by injection. The injection seemed to work long term as well. Next they will most likely use a Monkey and then if that is successful with Humans! This is 5-8 years off and will need millions of dollars of research.

The payoff for these companies will be huge though. With over 42,000 people in North America alone the market size is roughly $1 Billion for the USA. If the injections prove successful a once a year or 2x per year injection would lead to a low-cost of goods sold and high profitability. Worldwide at $20,000 per dose this is about a $17Billion dollar market.

Additionally,  this drug when developed will most likely help with other signs of aging such as cataracts, hair loss, muscle weakness, etc. This drug has potential to be a huge blockbuster.

Information contained on this page is provided by companies via press release distributed through PR Newswire, an independent third-party content provider. PR Newswire, WorldNow and this Station make no warranties or representations in connection therewith.

myotonic dystrophy type 1 (DM1) were published in the journal Nature.  These new findings show that antisense targeting of a toxic RNA, the disease causing component in DM1, resulted in reversal of disease symptoms that were sustained up to one year after treatment in a mouse model of DM1.

“DM1 is a progressive disease that leads to the gradual loss of muscle function.  Although DM1 is estimated to effect approximately 150,000 patients worldwide, there are no treatments available that could delay the onset of symptoms or slow down the progression of this debilitating disease.  We are encouraged by these early results, which build on the groundbreaking work conducted by Dr. Charles Thornton at the University of Rochester Medical Center and others elucidating the mechanism of DM1.  Using our antisense technology, we and our collaborators were able to target the toxic RNA, remove it and restore normal cell function,” said Frank Bennett, Ph.D., Senior Vice President, Research at Isis.

In the published study, Isis and collaborators from the University of Rochester evaluated antisense compounds in a mouse model of DM1.  Isis designed several antisense compounds to predominantly target an RNA with an expanded triplet repeat sequence characteristic of the genetic defect in DM1.  Researchers confirmed that the antisense compounds entered muscle cells and significantly reduced the toxic RNA, leading to reversal of the disease symptoms that were sustained for up to one year after treatment was discontinued.

“We are very excited about the potential for antisense to treat severe and rare diseases, which often are not easily targeted with other therapeutic approaches.  In just a few years, we have been able to significantly expand our severe and rare disease franchise with new antisense drugs to treat diseases, including Spinal Muscular Atrophy and TTR Amyloidosis.  We also continue to evaluate a number of promising research programs, like DM1, where we believe that antisense offers an effective and unique approach to treating the disease,” concluded Dr. Bennett.

In June 2012, Isis and Biogen Idec (NASDAQ:BIIB) entered into an exclusive, worldwide option and collaboration agreement to develop and commercialize a novel antisense drug targeting DMPK for the treatment of DM1.

About DM1
Myotonic Dystrophy Type 1 (DM1) is a genetic neuromuscular disease characterized by progressive muscle wasting and weakness, or dystrophy, and slowing of muscle relaxation, or myotonia.  DM1 also affects many other organs within the body, and patients with DM1 can experience insulin

insensitivity, cataracts and infertility. It is passed from parent to child with each subsequent generation experiencing more severe disease earlier in life. The chance of a child inheriting DM1 is 50 percent if one parent carries the genetic defect. DM1 is caused by a defect in the dystrophia myotonica-protein kinase (DMPK) gene that produces an increase in the number of triplet repeats, CTG, within the gene. This DNA expansion produces an abnormally large toxic RNA that accumulates in cells, including muscle cells, and prevents production of proteins essential for normal cellular function.  There are no disease-modifying therapies for patients with DM1 and current treatments are intended to manage symptoms and minimize disability.

About Antisense and RNaseH
An antisense mechanism is a process by which a nucleic acid binds to a target RNA forming a duplex molecule. The formation of this duplex molecule prevents the RNA from functioning normally and producing a specific protein.  Using antisense, Isis’ drugs can reduce the production of disease-causing proteins that are largely inaccessible to traditional drug discovery approaches.  The majority of Isis’ antisense drugs in development activate a cellular enzyme called RNase H. Upon activation, RNase H seeks out and destroys the duplex mRNA, inhibiting a cell’s production of a specific protein.  Treating DM1 offers a unique opportunity for antisense.  The genetic defect in the DMPK gene creates a toxic RNA rather than a disease-causing protein. The toxic RNA accumulates within the nucleus of the cell and prevents the production of proteins essential for normal cellular function.  RNase H activation occurs within the cell nucleus and therefore Isis’ antisense drugs present a specific therapeutic strategy for treating DM1.

ABOUT ISIS PHARMACEUTICALS, INC.
Isis is exploiting its leadership position in antisense technology to discover and develop novel drugs for its product pipeline and for its partners.  Isis’ broad pipeline consists of 25 drugs to treat a wide variety of diseases with an emphasis on cardiovascular, metabolic, severe and rare diseases, and cancer.  Isis’ partner, Genzyme, plans to commercialize Isis’ lead product, KYNAMRO™, following regulatory approval.  Isis’ patents provide strong and extensive protection for its drugs and technology.  Additional information about Isis is available at www.isispharm.com.

In this press release, unless the context requires otherwise, “Isis,” “Company,” “we,” “our,” and “us” refers to Isis Pharmaceuticals and its subsidiaries, including Regulus Therapeutics Inc., its jointly owned subsidiary.