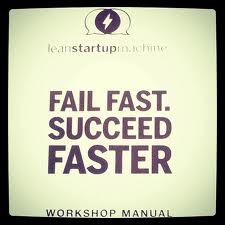 NIH officials announced yesterday that a new contract has been let with UCLA to form a network of researchers at various academic institutions to identify promising new and older drug compounds to treat Autism Spectrum Disorder (ASD)  and to see if they merit additional investments.

The program is part of a new initiative called  “Fast Fail” intends to vastly speed up the drug development process and reduce the costs of this drug development. Instead of taking years of work to see if a drug works this Fast Fail process could see results within weeks. As ASD is a huge issue for the USa and other countries this fast testing with myotonic dystrophy drugs could lead to treatments in a much faster time frame.

Dr. James McCraken who is leading the effort at UCLA states “The Whole idea is just getting much better in these early phases at identifying drugs that are going to be efficacious and safe and thereby speeding the development of effective new therapies and reducing the overall cost”

Myotonic Dystrophy Drugs such as the one being developed at ISIS we believe will be the lead candidates for this type of testing. Myotonic dystrophy is one of a few single gene causes of Autism Spectrum Disorder and over 60% of Juvenile cases of myotonic dystrophy involve various degrees of Autism Spectrum disorder. The drugs that are under development have had amazing success in Mouse models. The cause of myotonic dystrophy has been clearly  identified.  During the normal process by which cells transcribe DNA into RNA, the expansion is likewise transcribed, resulting in a long, unruly strand of RNA that stays in the cell nucleus and forms a trap for various cellular proteins. For instance, the protein known as MBNL1, which has a crucial role in ensuring that other proteins are properly formed, is trapped in this toxic “web” of expanded RNA in both forms of the disease.

This “Trap” that has been clearly identified is uniquely  sensitive to a number of therapies that have been identified both antisense and small molecule approaches. These approaches have been validated in mouse models as being reversing the effects of the “trap” and reversing the course of the disease. Its an amazing story. We believe that the effects of the drug will be replicatable in humans and trials are being scheduled now in humans for 2015 and beyond. This new fast track approach may move this timetable up by a quantum leap.

By moving these drug candidates into fast track testing, ASD may be reversed for the first time in clinical testing. By identifying the proteins that may be responsible for ASD significant strides can be made in ASD in the general population as well.

Some lead candidates include:

Atricode new drug candidate and is based on compounds that have been researched at University of Southern California to treat and cure Myotonic Dystrophy. Sita Reddy’s Lab has been instrumental in moving these potential treatments (MDI16)

While the group at UCLA has not announced which compounds will be moving into clinical human trials I believe that myotonic dystrophy drugs will lead the way as they:

1. Have a proven mechanism of action that can be reversed
2. Its a single gene cause of ASD in Juveniles
3. The success probability of totally reversed ASD is high
4. It will be highly applicable to the general population