Breathing is a huge and life threatening issue in myotonic dystrophy. An article recently shed some light on the reasons for this. Because of ethical issues its difficult to do live tests on humans. However, our fine researchers have created mice that have the congenital form of myotonic dystrophy. Through detailed analysis of the mice and there breathing they have isolated the issue to the neuropathology of several body systems. That means its not only the muscle issues but there are some nerve conduction issues involved as well. This information will help the drug companies as they design drugs to help not only the muscle issues but the nerves that serve to coordinate the breathing mechanisms. As a drug is introduced testing it on these mice would see if it will help the respiratory function.

Results from the Study
Because it is not feasible to take biopsies of the nervous system from
patients with DM1 for histological examinations, animal models are
indispensable for the study of the mechanisms underlying respiratory
failure in this disease. In this study, the authors test the respiratory function
and analyze the structures involved in respiratory function in DMSXL
transgenic mice, an established animal model for congenital DM1 (the severest
form of the disease, which develops at birth) that carries a very long CTG
repeat in the DMPK gene. Statistical analysis of breathing function
measurements shows that DMSXL mice have impaired respiratory function.
Histological and morphometric analyses reveal pathological changes in the
diaphragmatic neuromuscular junctions and muscle fibers of DMSXL mice and
a significant decrease in the number of unmyelinated phrenic afferents. By
contrast, DMSXL mice exhibit no significant neuronopathy in either cervical
phrenic motor neurons or brainstem respiratory neurons.
Implications and future directions
By shedding new light on the cellular mechanisms of respiratory failure in
DM1, these findings improve understanding of the main cause of death in
congenital DM1. The denervation and the pathological changes of the
diaphragmatic neuromuscular junctions observed in DMSXL mice suggest that
a breakdown in communication between the diaphragmatic muscle fibers and
the nerve endings might be the main cause of respiratory failure; the loss of
phrenic unmyelinated afferents suggests that altered regulation of breathing is
also involved. As well as contributing towards the understanding of respiratory
failure in DM1, these findings suggest that the evaluation of respiratory
parameters in DMSXL mice by non-invasive pressure plethysmography could
be used to evaluate the effect of potential therapies. Moreover, future analyses
of gene expression in DMSXL mice might contribute to our understanding of
the molecular mechanisms involved in respiratory impairment.

This has always been a puzzle. Most cases of the congenital form of myotonic dystrophy come from the mother having myotonic dystrophy. This recent information has helped with our understanding of this separate disease.

On May 10th 2019 at the American Academy for Neurology a talk on consensus based care for Myotonic Dystrophy Type 1 will b given at 10am. Dr, Johnson has considerable experience with this disease. 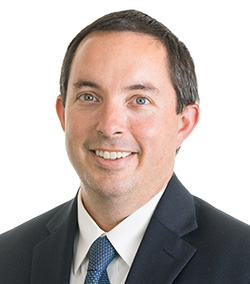 His laboratory is focused on identifying the pathogenesis of myotonic dystrophy and facioscapulohumeral muscular dystrophy and identifying appropriate clinical endpoints for these conditions. Johnson conducts therapeutic trials in many other inherited nerve and muscle disorders. He also serves as deputy editor of Neurology® Genetics.

Methods: A retrospective chart and radiograph review was performed after Institutional Review Board approval for all cases of myotonic dystrophy from 1987 to 2004 followed at a children‘s specialty orthopaedic hospital. Inclusion criteria were either a conclusive testing for CMD by gene testing, electromyography, and/or muscle biopsy in the child or parent and the presence of a typical clinical picture. Skeletal manifestations were classified by body segment (upper extremity, hand, spine, hip, lower extremity, foot) and by the type of deformity. Surgical procedures and outcomes were also documented.

Results: Thirty children and adolescents met the inclusion criteria. The male/female ratio was 1 (15 boys and 15 girls). In 27 cases, the mother transmitted the disease, and in 2 cases, the father transmitted the disease; in one case, it was impossible to reconstitute the family history of the child who was adopted. The mean age at onset of gait was 29 months. Twenty-two (73%) out of 30 children underwent surgery for lower extremity-, foot-, or spinal-related deformities. The mean follow-up was 11.4 years (range, 3-20 years).

No contractures or deformities were observed in the upper extremities. Spinal deformities affected 9 patients (30%), and 3 of these required surgery. These spinal deformities when present usually had an early onset and included thoracolumbar scoliosis as well as kyphoscoliosis. Problems at the level of the hips and knee were infrequent and included only 2 patients who had unilateral hip abduction contracture and 1 patient who had significant fixed knee flexion contracture. Congenital clubfoot occurred in 5 patients (17%) and generally responded well after posteromedial release and recurrence occurred in only one case. Developmental equinusand equinovarus exclusive of clubfoot affected 7 patients (23%), 70% of whom required surgery. Outcome after Achilles tendon lengthening was positive, and many of the children began walking soon after the Achilles lengthening, and recurrence did not occur.

Conclusions: Child with CMD are at high risk for musculoskeletal deformities of the spine and lower extremities. In our experience, correction and improved function were likely after surgery.