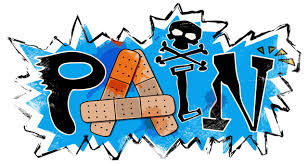 A recent article explored Chronic Pain and myotonic dystrophy. (click on link for full study). this is something that many of our patients experience. Heat was being used by 26% of patients. The only treatment that was relatively highly effective and was still being used by a substantial number of patients (26%) was heat. Perhaps this is because heat is an extremely accessible treatment (most people own a hot water bottle or heating pad) that has few, if any, negative side effects.

The most effective (rated as providing at least 5/10 relief)were ibuprofen and aspirin, opioids, massage, chiropractic manipulation, nerve blocks, heat,and marijuana. However, it should also be noted that many of these treatments also have significant drawbacks. For example, opioids, which were rated as the most effective (6.49/10)in this sample, had been tried by 33% of the sample but were only currently being used by 8% clearly, there must be a substantial downside to opioids for so many patients to stop using them, despite their reported effectiveness. Our clinical experience suggests that this downside is primarily related to the side effects, especially feelings of grogginess and constipation,associated with opioids that are taken at the doses required to provide substantial relief.

Similarly, marijuana, although reported to be highly effective (6/10), was only still used by
less than half of the patients who had tried it (4% of the sample using, 11% had tried). The
significant side effects (such as decreased motivation) and significant problems with accessmay decrease the desirability of this treatment. Concerning problems with access, there are now only 11 states that allow for the medicinal use of marijuana.

Results—More subjects with FSHD (82%) than with MMD (64%) reported pain. The most
frequently reported pain sites for both diagnostic groups were lower back (66% MMD, 74% FSHD)and legs (60% MMD, 72% FSHD). Significant differences in pain intensity were found between thediagnostic groups in the hands, legs, knees, ankles, and feet, with patients with MMD reporting greater pain intensity at these sites than patients with FSHD. Age was related to the onset of pain (participants reporting pain were younger than those not reporting pain in the FSHD sample), but pain severity was not significantly associated with age in those reporting pain. Respondents with both diagnoses that reported mobility limitations and used assistive devices (eg, wheelchair, cane)reported more pain severity than those with mobility limitations who did not use assistive devices,
who, in turn, reported more pain severity than respondents who reported no mobility limitations atall. The treatments that were reported to provide the greatest pain relief were not necessarily those that were the most frequently tried or still used.