A retired surgeon from Bosham wants to raise as much money as possible for the Myotonic Dystrophy Support Group in England in support of three family members who suffer from the condition when he once again takes part in the J.P. Morgan Asset Management Round the Island Race. Tweet #raceforall to raise 10p ( about 16 USA cents)
END_OF_DOCUMENT_TOKEN_TO_BE_REPLACED
Tweet

A Golf Fundraiser is being held today Sept 17 2012 for both Duchenne and Myotonic Muscular Dystrophy. The tournament is in Santa Ana, CA and begins at noon 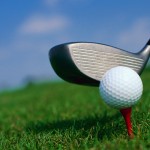 Bade and Fisher families, who have been friends for over 70 years. The inspiration for the Bade Memorial Golf Tournament began in honor of Charlie Bade. Charlie,a golf enthusiast, was heartbroken when his dear friends’ grandson, Alex Fisher, was diagnosed with Duchenne muscular dystrophy and later his son, Chris,and grandchildren were diagnosed with Myotonic muscular dystrophy(a disease they inherited from Charlie). By
the second year of the tournament, Chris had passed away. Since his passing, the tournament has come to mean even more. It is the inspiration for two families and spans three generations. Today the tournament continues to celebrate the lives of Charlie and Chris, additionally honoring Alex Fisher and Chris’ children, Scott, Nick and Christine.