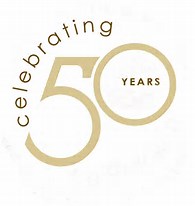 A recent republished article appeared in Pediatrics. Dr. Calderon described 6 cases of Congential Myotonic Dystrophy that had global delay. He also complied 55 cases 53 or which had global developmental delay. The diagnosis were by muscle biopsy then no DNA tests were available. The information urged using this as a differential diagnosis.

Below is the PDF of the article

A new study from France gives some additional information for children that have myotonic Dystrophy. While not as comprehensive and the studies done in Sweden this gives good basic information on the condition. This information is very help to set up IEP goals and to know what issues for parents and professionals to expect. The study did not specifically mention Autism but many of the items described would be considered autistic in the USA
CONCLUSION: Children and adolescents with childhood DM1 have frequent diagnosis on the DSM-IV axis 1 with internalizing disorders being the most common type of disorder. They also have borderline low intelligence and frequent impairments in attention and visual-spatial construction abilities.
END_OF_DOCUMENT_TOKEN_TO_BE_REPLACED
Tweet 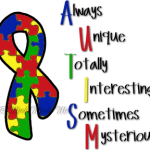 END_OF_DOCUMENT_TOKEN_TO_BE_REPLACED

Many of us in the Myotonic Dystrophy World find that among the most significant factors affecting us are related to brain function. Depression, Lack of Motivation, Apathy, Indifference, and Loss of executive function makes living much less tolerable. In a nutshell these changes create Terrible problems socially and emotionally. Now researchers have identified the issue that they think causes the disease. The good news is that the mechanism for the brain looks like the mechanism for many of the other issues as well. It’s the same as for muscle and other tissues. So if a cure is found in the future it will not just help with heart and muscle it may help with the most devastating issues that of the Brain as well. At the Recent MDF conference in San Fransisco one potential therapy in early stages may work not only in muscle but if injected into the Spinal fluid might help with brain issues.

END_OF_DOCUMENT_TOKEN_TO_BE_REPLACED

What does this term mean? Mentally retarded (MR); meaning a persistent, global delay in cognitive development.   The degree of MR will vary in CMD and CMyD. As a general rule all patients with the congenital form will have a lower IQ than the parents and possibly mental retardation. Some or most other forms of Myotonic Dystrophy will have a lower IQ than what would be predicted from their family background but will not approach the level of MR. This is sometimes a very difficult aspects for families to accept.  The reason for this is not known at this time.

The IQ levels of Children with Congenital Muscular Dystrophy is lower than affected peers. The Roig study showed a 24.5 drop in IQ between the mother and her child. THE WISC (Wochler Intelligence Scale for Children) shows a mean verbal IQ of 56 and a performance IQ of 47.7.Recent Study by Kobayashi showed of 50 patients with MP-CMD 4 had IQ under 80 all the rest showed no sign of mental retardation. Thus, the incidence of mental retardation with the Merosin Positive Type of CMD seems lower than other types. FCMD patients usually have marked mental retardation with an IQ usually below 50. The underlying cause for MR is probably of multiple origins. Most of the MR is present from birth there is no global evidence of intellectual deterioration in children with CMD. It is unlikely that the MR is due solely to anoxia (Lack of Oxygen) during birth although this could be a contributing cause.

Most likely the significant part of MR is due to the underlying cerebral abnormality due to the Myotonic Dystrophy Gene or the Maternal factor that seems to be acting in the congenital form. Information from Brain scans show that enlargement of the ventricles (spaces within the brain) this may be a contributing factor. Infants with CMD also have a high frequency of Intraventricular hemorrhage. Thus MR probably is the result of multiple causes.

Here is the result of one study. the study indicates that changes in the brain alone do not entirely explain the lower IQ or mental retardation that occurs:

The congenital variant of Myotonic Dystrophy (CMyD) is transmitted by the affected mothers to children with the CMyD gene, in the region q13.3 of chromosome 19, carrying a CTG repeat length larger than 1000. We reviewed the brain abnormalities reported to date in series of cases with Congenital CMyD and compared them with our data on patients affected by the same disease. Studies of molecular genetics on cases with Congenital CMyD were also considered. In our experience and as seen in recent reports, evaluation of intellectual ability in such children clearly indicates that mental retardation of mild or moderate degree affects almost all the patients with the disease. At the neuroimaging evaluation (CT or MRI) the vast majority of them have also been shown to be affected by central white matter changes and ventricular enlargement, usually not of severe degree. Correlation among the degree of mental retardation, the ventricular enlargement and the white matter changes seems lacking. In our experience, it seems inconsistent also the relationship between the size of the CTG repeat expansion in peripheral blood cells DNA and the degree of the clinical and neuroimaging alterations presented by children with Congenital CMyD, even though all showing a trinucleotide expansion larger  than 1000. Altogether, the congenital variant of the Steinert’s disease appears as a myoencephalopathy of the newborn, that is only partially explained by the characteristic large  trinucleotide expansion on chromosome 19q13.3.

So what does this all mean to you a parent or teacher? The IQ level will be affected so the person will not be as smart as they would have been without the disease. In some cases this will be quite severe. In others not as severe.

In any case right now there is no treatment. This is probably one of the hardest things for parents or people who have the disease to accept. After some struggle this fact will be accepted and life will go on. And we will struggle to make the best of this difficult circumstance.